Oral PrEP was first approved by the US Food and Drug Administration a decade ago, but uptake and adherence have been limited, partly because some people have difficulty taking daily pills. In recent years, studies have shown that CAB-LA, administered by injection once every two months, is a safe and effective alternative to oral PrEP. CAB-LA is approved for PrEP only in the US, but its maker, ViiV Healthcare, has submitted marketing applications in additional countries.

“Long-acting PrEP could play a major role in ending the HIV pandemic, but right now, very few people can get it,” Adeeba Kamarulzaman, President of conference host IAS – the International AIDS Society – and International Co-Chair of AIDS 2022, said. “Scaling up affordable access to this game-changing prevention tool must be a top global priority.”

At today’s press conference, researchers presented new data confirming that CAB-LA is safe and effective for PrEP in trans and cisgender women, WHO released its first guidelines for CAB-LA for PrEP, ViiV Healthcare and the Medicines Patent Pool announced that they have signed a voluntary licensing agreement for patents relating to CAB-LA for PrEP. Finally, WHO, Unitaid, UNAIDS and The Global Fund announced the launch of a global coalition to accelerate access to long-acting PrEP with AVAC as the secretariat.

Researchers announced that the first trans-specific analysis of data from the landmark HPTN 083 study confirms that CAB-LA is a safe and highly effective HIV prevention option for trans women.

HPTN 083 is a Phase 3 study comparing CAB-LA to daily oral TDF/FTC for HIV prevention in cisgender men and trans women who have sex with men. In 2020, researchers announced that HPTN 083 had demonstrated a 66% reduced risk of HIV acquisition for CAB-LA compared to TDF/FTC.

The new analysis, which will be presented at AIDS 2022 by Beatriz Grinsztejn of the Evandro Chagas National Institute of Infectious Diseases – Fiocruz (Brazil), reports on the safety, prevention efficacy and pharmacokinetics of CAB-LA in trans women during the blinded phase of HPTN 083. Of 4,566 study participants, 570 (12.5%) were trans women, 330 (57.9%) of whom reported use of gender-affirming hormonal therapy. HIV incidence among trans women was lower in the CAB-LA group (0.54%) than in the TDF/FTC group (1.80%). CAB-LA was well tolerated in trans women and, importantly, initial findings suggest there is no impact of gender-affirming hormonal therapy on CAB concentrations. [Summary is based on abstract; final data presented at the conference may change.]

New data from the HPTN 084 study shows that among individuals assigned female at birth, CAB-LA continues to be superior to daily oral TDF/FTC in preventing HIV infection.

HPTN 084 is an ongoing Phase 3 randomized controlled trial of CAB-LA for PrEP in individuals assigned female at birth. In late 2020, a planned interim review found that CAB-LA was superior to daily oral TDF/FTC for HIV prevention in this population. The blinded portion of the trial was then stopped; participants were subsequently unblinded and continued on their original randomized study regimen pending a protocol amendment to offer open-label CAB-LA.

This update, to be presented at AIDS 2022 by Sinead Delany-Moretlwe of the University of the Witwatersrand (South Africa), reports that 23 incident infections (3 CAB-LA, 20 TDF/FTC) were detected in the 12-month unblinded period. Of these, two (1 CAB-LA, 1 TDF/FTC) occurred during the blinded phase, and only one of the CAB-LA cases had ever received an injection. Cumulatively, 62 incident HIV infections (6 CAB, 56 TDF/FTC) have been observed over 6,626 person-years of follow up (HIV incidence 0.94%). In addition, no new safety concerns were identified. [Summary is based on abstract; final data presented at the conference may change.]

Also at today’s press conference, WHO released new guidelines for the use of CAB-LA as PrEP for HIV and called for countries to consider this safe and highly effective prevention option for people at substantial risk of HIV infection. The guidelines will support countries as they plan for CAB-LA introduction and facilitate urgently needed operational research. [See press release from WHO for additional information]

“Long-acting cabotegravir is a safe and highly effective HIV prevention tool, but isn’t yet available outside study settings,” Meg Doherty, Director of WHO’s Global HIV, Hepatitis and Sexually Transmitted Infections Programmes, said. “We hope these new guidelines will help accelerate country efforts to start to plan and deliver CAB-LA alongside other HIV prevention options, including oral PrEP and the dapivirine vaginal ring.”

Also today, ViiV Healthcare and the Medicines Patent Pool (MPP) announced that they have signed a voluntary licensing agreement for patents relating to CAB-LA for HIV PrEP to help enable access in least developed, low-income, lower-middle-income and sub-Saharan African countries. Through this agreement, selected generic manufacturers will have the opportunity to develop, manufacture and supply generic versions of CAB-LA for PrEP in 90 countries, subject to required regulatory approvals. ViiV Healthcare and MPP will now work closely with stakeholders and selected generic manufacturers to enable access to generic CAB-LA for PrEP as soon as possible.

“We are delighted to sign this voluntary licence with ViiV for cabotegravir LA for PrEP,” Charles Gore, MPP Executive Director, said. “Long-acting technologies open up a whole new dimension that facilitates medicine uptake, and this product brings a much-needed option for those at risk. This licence was negotiated in double-quick time and is another example of MPP’s continued commitment to making innovation available and affordable in low- and middle-income countries in the shortest possible time. Rapid access to new technologies is our only hope of hitting the Sustainable Development Goal targets.”

“Today’s announcement represents a potentially game-changing moment in HIV prevention,” Deborah Waterhouse, CEO at ViiV Healthcare, said. “Enabling at-scale access to generic cabotegravir LA for PrEP could play a significant role in averting the transmission of HIV, particularly amongst women and adolescent girls, and help end the HIV epidemic. I am proud that through our long-standing partnership with MPP, we continue to play our part in widening access for people in resource-limited countries to new innovative medicines.”

Today also marked the launch of the new Coalition to Accelerate Access to Long-Acting PrEP. Convened by WHO, Unitaid, UNAIDS and The Global Fund, and with AVAC as the secretariat, the coalition will coordinate key stakeholder activities on PrEP access, including jointly developing strategies to identify and overcome access challenges for new PrEP options in the near to medium term (especially related to ViiV’s injectable CAB, including generics) and the medium to longer term (related to future PrEP products).

“New HIV prevention options now reaching the market, such as injectable cabotegravir, hold the promise to transform HIV prevention,” Tenu Avafia, Deputy Executive Director of Unitaid, said. “But we must move far more quickly than we did with oral PrEP if we are to have real impact on the epidemic. This new coalition being formed will prioritize the acceleration of affordable, equitable and widespread access to injectable long-acting cabotegravir for PrEP without delay.

“However, we recognize this is just the first step on this path for long-acting cabotegravir for PrEP. Speedy technology transfer and low-cost pricing have still not been secured. Until then, the promise of accessible, affordable CAB-LA will not be realized. Afrocab and our community partners will continue to advocate around these issues until they are resolved.”

IAC – the International AIDS Conference – is the premier global platform to advance the HIV response. As the world’s largest conference on HIV and AIDS, it sits uniquely at the intersection of science, advocacy and human rights, bringing together scientists, policy makers, healthcare professionals, people living with HIV, funders, media and community. Since its start in 1985, the conference continues to serve as an opportunity to strengthen policies and programmes that ensure an evidence-based response to HIV and related epidemics.

IAS – the International AIDS Society – convenes, educates and advocates for a world in which HIV no longer presents a threat to public health and individual well-being. After the emergence of HIV and AIDS, concerned scientists created the IAS to bring together experts from across the world and disciplines to promote a concerted HIV response

Today, the IAS and its members unite scientists, policy makers and activists to galvanize the scientific response, build global solidarity and enhance human dignity for all those living with and affected by HIV.

The IAS also hosts the world’s most prestigious HIV conferences: the International AIDS Conference, the IAS Conference on HIV Science and the HIV Research for Prevention Conference. 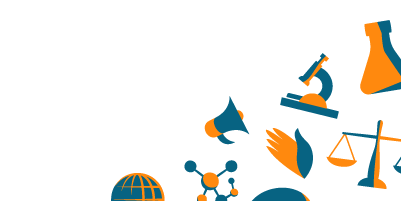 IAS statement on “In Danger: UNAIDS Global AIDS Update 2022” Leaders at AIDS 2022 warn that the world is losing ground against HIV Scroll to top

This site uses cookies. By continuing to browse the site, you are agreeing to our use of cookies.

As is common practice with almost all professional websites, this site uses cookies, which are tiny files that are downloaded to your computer, to improve your experience. This page describes what information they gather, how we use it and why we sometimes need to store these cookies. We will also share how you can prevent these cookies from being stored; however, this may downgrade or 'break' certain elements of the sites functionality.

We may request cookies to be set on your device. We use cookies to let us know when you visit our websites, how you interact with us, to enrich your user experience, and to customize your relationship with our website.

Click on the different category headings to find out more. You can also change some of your preferences. Note that blocking some types of cookies may impact your experience on our websites and the services we are able to offer.

These cookies are strictly necessary to provide you with services available through our website and to use some of its features.

Because these cookies are strictly necessary to deliver the website, refusing them will have impact how our site functions. You can always block or delete cookies by changing your browser settings and force blocking all cookies on this website. However, this will always prompt you to accept/refuse cookies when revisiting our site.

We fully respect if you want to refuse cookies but to avoid asking you again and again kindly allow us to store a cookie for that. You are free to opt out any time or opt in for other cookies to get a better experience. If you refuse cookies, we will remove all set cookies in our domain.

We provide you with a list of stored cookies on your computer in our domain so you can check what we stored. Due to security reasons, we are not able to show or modify cookies from other domains. You can check these in your browser security settings.

We also use different external services like Google Webfonts, Google Maps, and external Video providers. Since these providers may collect personal data like your IP address we allow you to block them here. Please be aware that this might heavily reduce the functionality and appearance of our site. Changes will take effect once you reload the page.

Hopefully that has clarified things for you and, as was previously mentioned, if there is something that you are not sure whether you need or not, it is usually safer to leave cookies enabled in case it does interact with one of the features you use on our site.

However if you are still looking for more information, then you can contact us through one of our preferred contact methods: [email protected].